Give the Gift of Hope this Father's Day...

Will you give the gift of hope this Father’s Day?

Father’s Day is a day to tell Dad how much you appreciate him, to say thank you for all he has done for you and to acknowledge all the sacrifices a dad makes for his family. Unfortunately, not all of us get the opportunity to say thank you.

Michael Harcourt is 42 years old; he is a young dad to two children aged 9 and 10 and has been diagnosed with silicosis.

Silicosis has no cure. And until recently many industries had not been aware of the risk to their workers.

Silicosis is a disabling and often fatal lung disease caused by breathing dust that has very fine pieces of crystalline silica in it. Silica can be found in an array of materials including stone, concrete, granite, brick quartz and much more.

Michael worked as a stonemason for over 14 years and it wasn’t until recently that he heard about Stonemason’s in Queensland being diagnosed with silicosis. 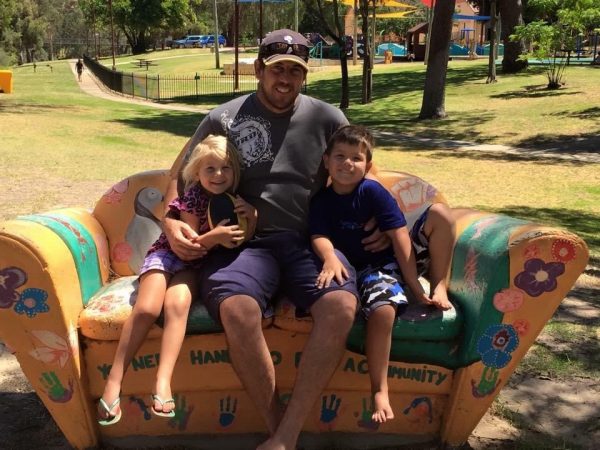 “I had seen on the news that there were a lot of cases of Silicosis being diagnosed in Queensland and I did some research because I had never heard of it before,” says Michael.

“After doing some research I decided that because I had been in the industry so long, I wanted to go and get tested.”

“I didn’t have any symptoms or anything, but I just wanted to be sure that there wasn’t anything going on.”

Michael went to his GP who referred him for an x-ray.

“Once I was referred, I unfortunately had to wait over two years.

“It was the waiting and not knowing that was the hardest part, but as it turned out I didn’t even need an x-ray, I needed a CT scan which I had a few months later,” said Michael.

Michael was diagnosed with Silicosis in January this year and soon after had to quit his job as a stonemason due to the significant impact it would inevitably have on his health. With little training in anything else Michael was worried about the impact this could potentially have on his family.

Michael is a family man, he spends his days with his two young kids and wife travelling, training motocross and coaching the kids’ footy team. He likes to live an active, fun filled lifestyle and continues to do so even with his diagnosis.

“I’m not showing symptoms yet, so I’m just living my life at the moment,” says Michael.

“Who knows if or even when I’ll show symptoms.

“I’m a bit like a time bomb, I don’t know what’s going to happen, which is actually pretty scary, could be when I’m 70 but it could also be before then,” says Michael.

One thing Michael does have is hope… hope for a cure before he shows signs of deterioration. 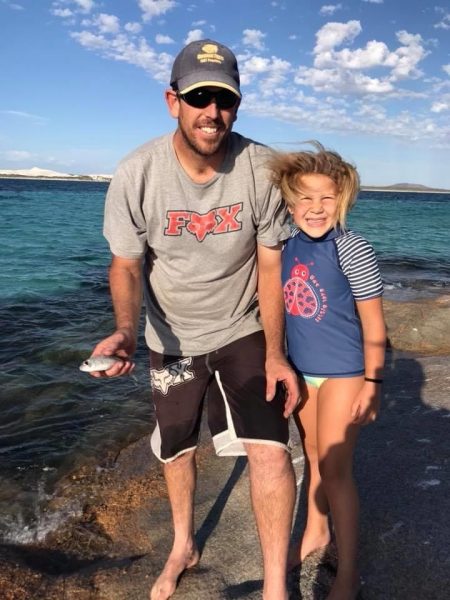 “I’m lucky I am not showing symptoms or anything yet, I still have the hope that by the time I do, there might be treatment or who knows, even a cure,” says Michael optimistically.

“We thought silicosis was last centuries issue, so unfortunately since then there has been little to no research into silicosis and possible treatments,” says Professor Brims.

“Getting yourself out of the artificial stone industry is the best thing you can do if you do have silicosis.

“In addition to avoiding smoking, early detection is so important because it allows people to know that they need to stop working in the industry, and they need to stop now before they further compromise their health,” he says.

Michael, despite having silicosis is in the process of establishing a new career with a focus on troubled youth. He is not only overcoming having to let go of his career due to his silicosis, but also with finding a job at the toughest time in the country.

“It’s not just the silicosis I have to worry about,” he says.

“I have to worry about Covid-19 too, I don’t know what damage that could do to my lungs or to my health in the future, so I am very aware of not getting sick and keeping myself well.”

Michael is a young father who has worked hard to support his family, in a career he loved dearly. Unfortunately, his career compromised his health, and he is now working hard to re-establish a career path all while having a disease that has no cure.

New dads, old dads, granddads, dads-in-law, stepdads, serious dads, goofball dads…There must be a million fatherly types out there, and without a doubt, there are at least that many reasons to honour them on Father’s Day.

Let’s give hope this Father’s Day. Hope for more time with family, hope for more fun-filled adventurous days and hope for a cure.